It was surprisingly warm and sunny when I woke up at 8am. I’ve gotten in the habit of staying up late reading and then sleeping in until 8 or 9. On the PCT I can remember two days where I wasn’t on trail by 7:30am, and usually tried to be up and going much earlier. But when it’s light enough to hike safely until midnight so no rush to get anywhere by dark… Plus, the morning dew on my tent was usually dry by 9am. 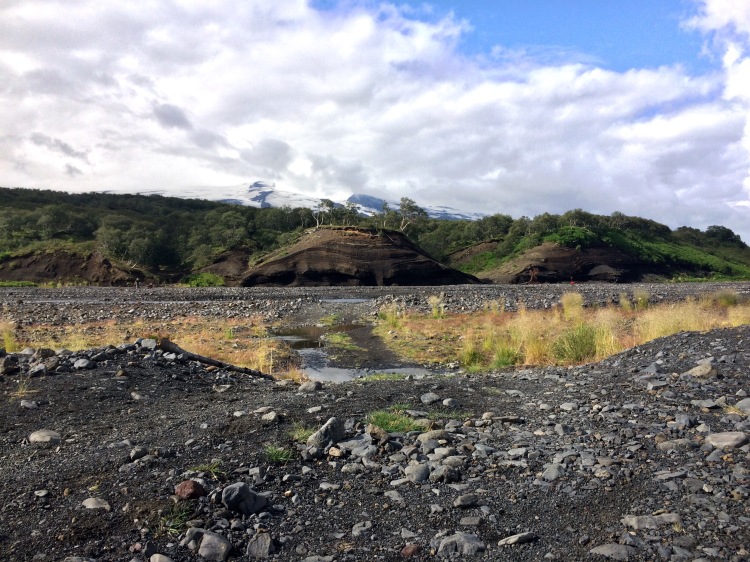 Leaving the stream bed behind. 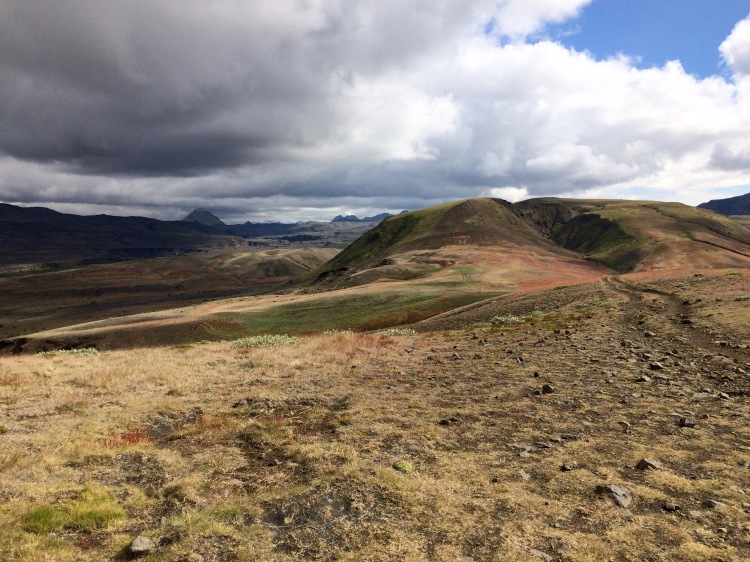 Storm clouds to the left.

Today involved a decent amount of stream crossings, none of which were higher than my mid-calf. At every one of the crossings I would find young Germans in their underwear drying off their legs, which seemed fairly strange.

Looking towards the mountains and glaciers. 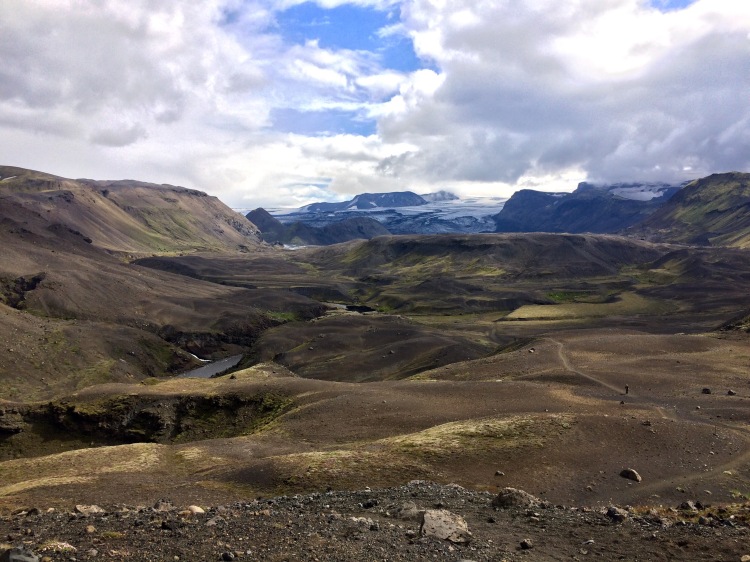 The trail goes on.

The first part went through an Icelandic “forest,” which was really just a bunch of sickly looking trees my height. It was weird seeing trees for a change.

I can’t imagine biking this trail. 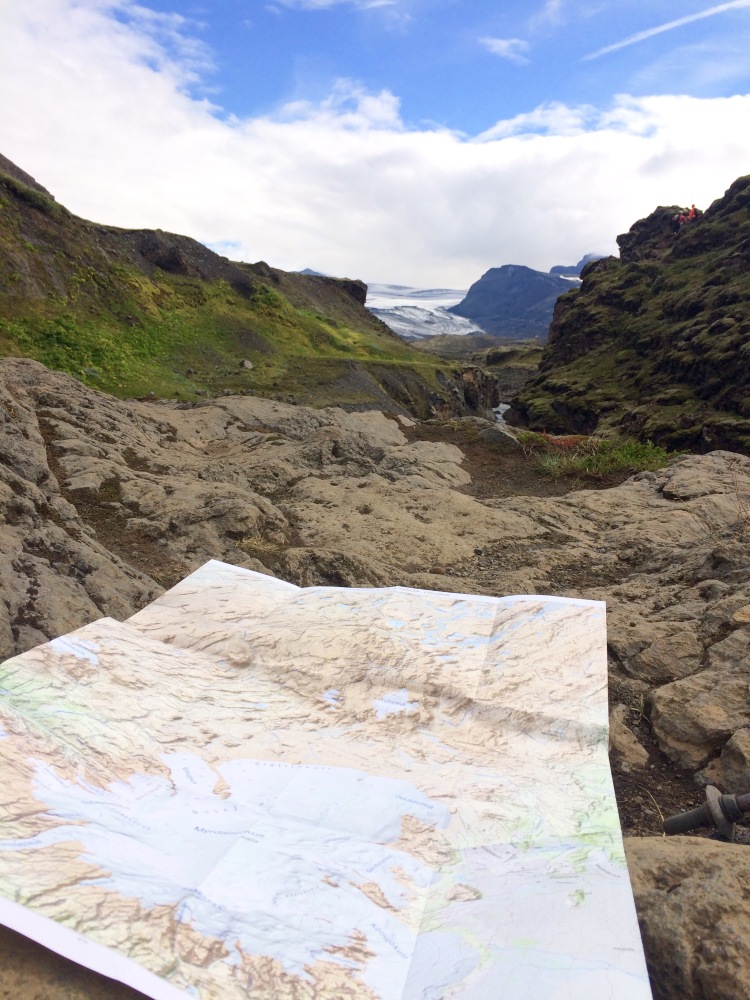 Checking my map on a break.

The rest was a series of gentle ups and downs. When I got to the next hut, too early to stop for the day, I ran into the herd. I think everyone starts the hike at the same time in Landmannalaugar and heads south, staying in the same campsites with other herd members. For 45 minutes or so twice a day I would run into massive groups of hikers heading the opposite direction. 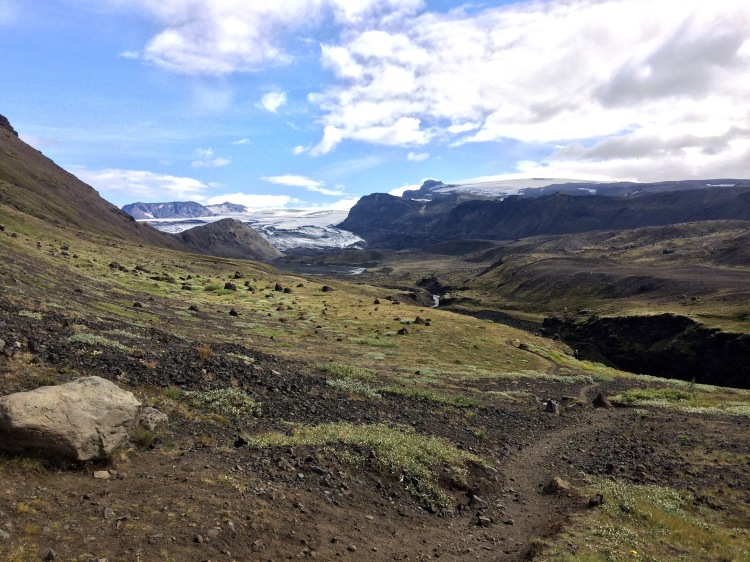 I ran into the second herd in the early afternoon near one of the huts. Threatening dark clouds loomed over the horizon and everyone was bundled up in rain gear. The clouds overhead are often dark but don’t necessarily end in rain, but it became apparent these were the real deal.

A photo of me taken by a member of the herd.

I donned my raincoat and kept on going, knowing the rain here never really gets that heavy. Compared to the stuff we went through on the PCT during storms, this was nothing. 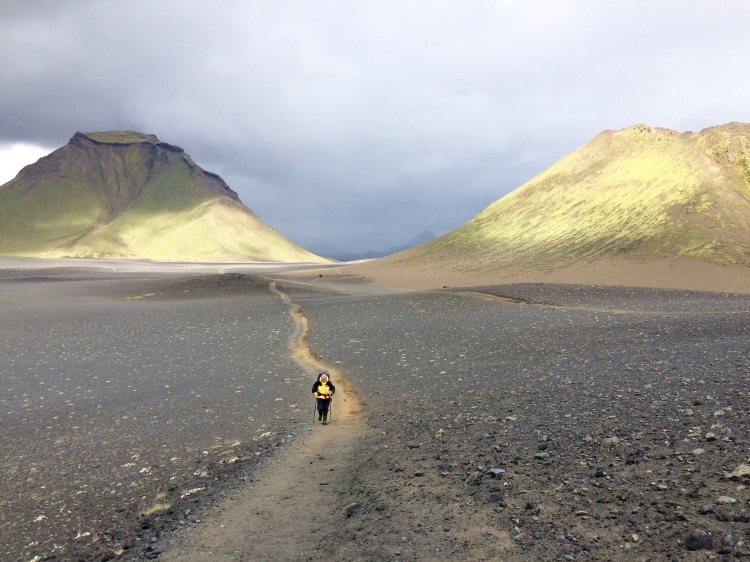 The last member of the herd approaches along with the storm clouds.

Once the rain came out pretty much everyone disappeared. It was what I imagine it would be like to be in the Walking Dead.

A lull in the rain.

At a river crossing I stopped to take off my socks so they wouldn’t get drenched, and kept my shoes on. Two guys across the river yelled something. I put my hands over my ears to show I couldn’t hear him.

“TAKE OFF YOUR PANTS!” He screamed in a German accent. What the…? Then I realized the Germans were all taking off their pants because they thought it would make crossing the very low stream easier.

My pants cost me 10€ ($11) from Decathlon in Madrid, but are the best hiking trousers I’ve ever had. It’s so nice being able to buy clothes that fit me in a country where everyone is short and thin. Plus, my pants dry in 10 minutes even in the rain so I just ignored them. 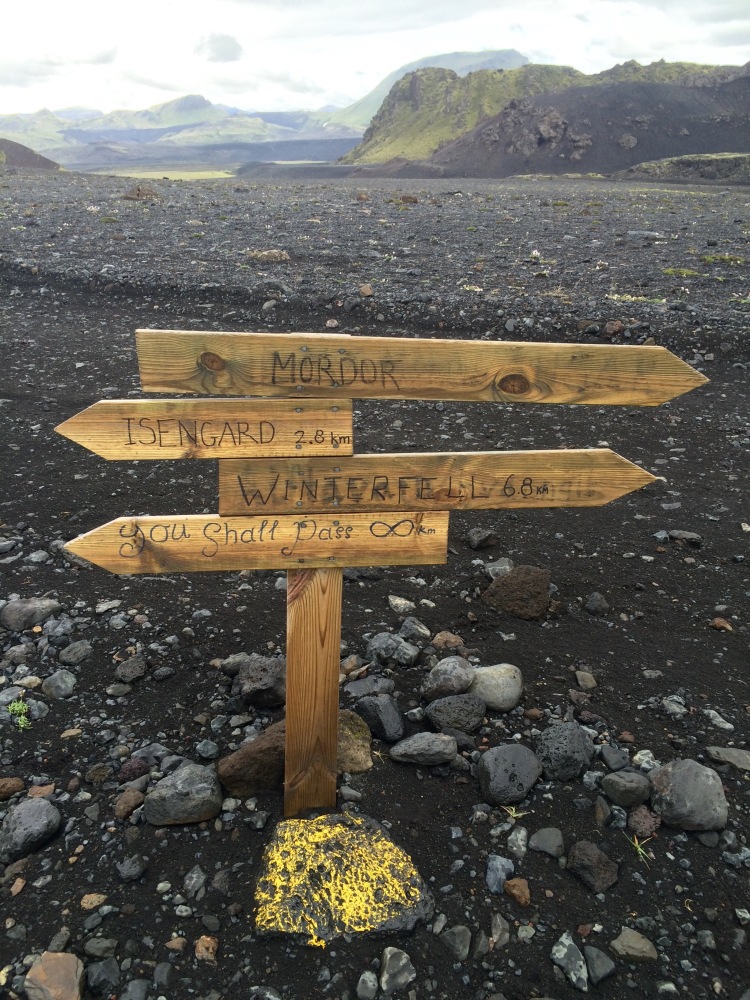 “DID YOU HEAR ME?! TAKE OFF YOUR PANTS!” I gave him the thumbs up and just ignored him, crossing the river in 20 seconds and kept on walking. My pants were dry very quickly (I saw people wearing blue jeans!!).

They stopped at the next hut and I kept going, drying all my stuff off in the sun when it came out around 8pm. Turned out my rest break was a 3 minute walk from the next hut, where I set up my tent in a crowded field.