By the end of my time in Iceland, I was already mentally checking out and gearing up for the next leg of my two month Nordic trip. This feeling started hitting me in Hella. When the Icelanders pronounce the name of that tiny service town they throw in a guttural “k” and make it sound like they’re gurgling water. Back on the Ring Road, I was now able to use the last few legs of my bus pass back to Reykjavik.

My couple of hours in Hella was devoted to eating my now traditional post hike victory skyr and can of Pringles, followed by finding and sending my father a postcard. I look for postcards to send in every town I visit. In the smaller, more obscure places well off the typical tourist’s itinerary it can be somewhat difficult, if not impossible, to find one. But I succeeded in finding a card of this random little outpost.
The buses have been getting more crowded the closer I get to Reykjavik. This one was almost full, which was quite the contrast to the nearly empty vans in the northern and eastern parts of the Ring Road.
Selfoss was only about an hour from Hella, and was my destination. With a population of around eight thousand, it’s easily the largest town in the area (and the largest I’d visited in weeks). My guidebook said it was a residential area with little of interest to tourists, so I decided to go take a day off there and see how the people of south Iceland live.
In all these Icelandic towns it feels more like I’m in North America than Europe. Everyone has a car, everything is spread out, and pedestrians were obviously not really thought of in the layout. Even the food is very American, with a large portion of it seemingly imported from across the pond.
Usually the kitchens at the campgrounds in Iceland are pitiful, but Selfoss’s was indoors(!!!!). Often they’re just a table with a hot plate, three walls, and half a roof. Showers were included in the price, which is not often the case, and the trash was overflowing, which was much more typical. Since the showers in Iceland are heated by geothermal energy, they get really hot really fast. Noticing that laundry cost an outrageous 1500 kronor ($12.50), I decided to instead take a page from my Ethiopia trip and just wash everything in the shower. Except this time I didn’t get a mild electric shock when I touched the temperature gauge!
Ten minutes down the road was my next stop, Hveragerdi. I’d heard it had some neat geothermal areas with some hot springs you can swim in, but I wanted a break from hiking and couldn’t get the motivation to do walk 9 mile round trip (much of it along asphalt, not as fun). Instead, I wandered the seaside town and found a cozy spot in the library to read.
The Hveragerdi campsite had the best selection of sauces (and also tea!) I’d ever seen in the “leave what you don’t want, take what you do” corner. I took full advantage of this by buying and cooking chicken nuggets on my camp stove to enjoy with the sauces, followed by black tea with honey. 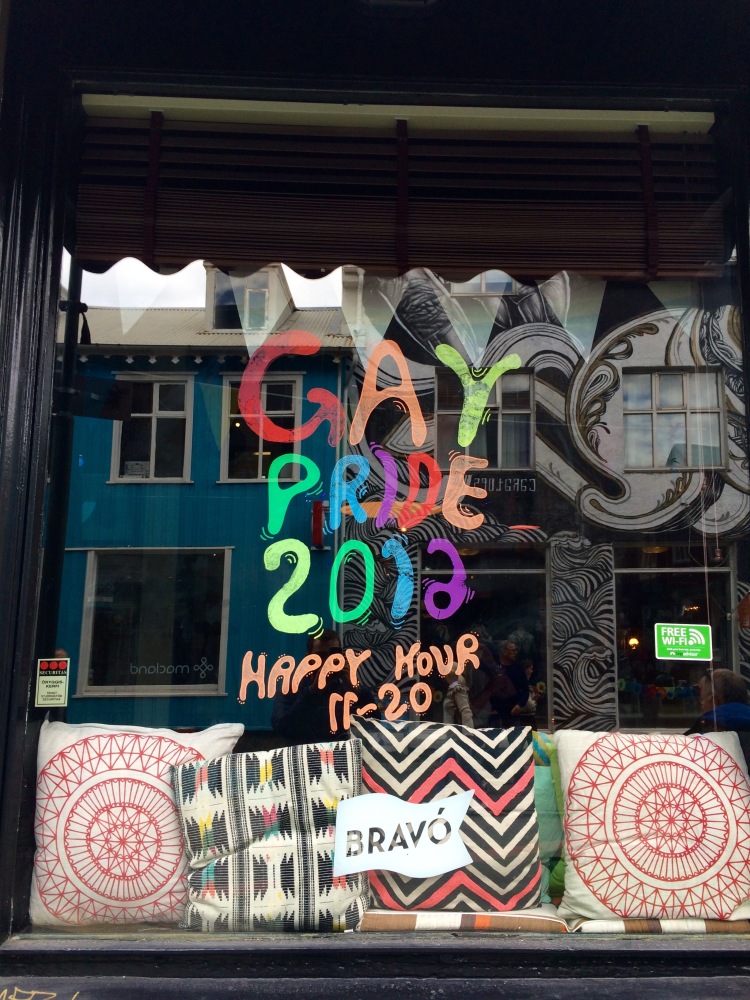 Hveragerdi is very close to the Reykjavik area. Reykjavik seems to charm people who never leave the southwest of the country, but I’ve found it to be a sprawling ugly city with very little to do other than drink in bars. There are supposed to be some great book cafes, but I didn’t really want to pay the ridiculous prices involved whenever someone cooks for you here. Rather, I had a great time browsing a bookstore with the largest travel guide collection I’ve seen outside of Kramers Books in DC. I also went to Reykjavik’s pride parade, which was disappointingly well organized. I would’ve preferred a chaotic mess. 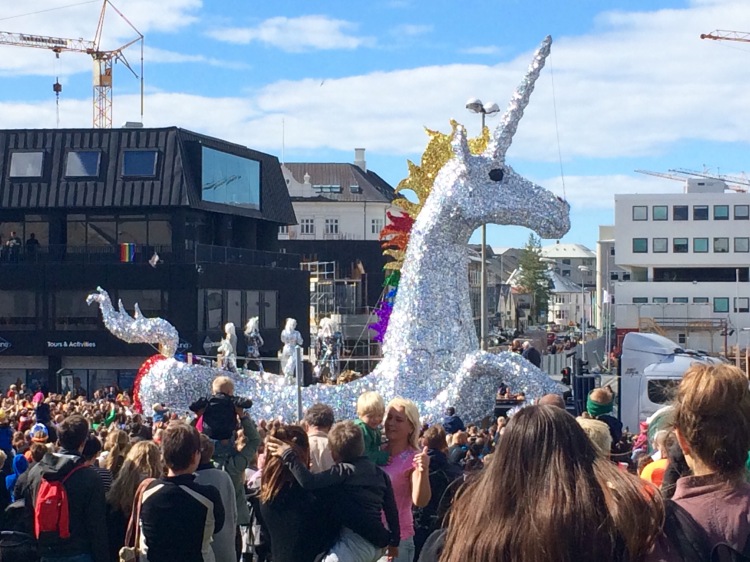 An insanely massive unicorn at the pride parade in Reykjavik.