Realizing I wouldn’t be able to comfortably finish the hike in my original 2 week timeframe, I paid 45€ to change the date and location of my flight to Madrid to a week later from Copenhagen. I’d also come to the decision to not teach another year in Madrid for various reasons. Thus, Jakkvik looked like the perfect place to take my first zero.

I didn’t end up leaving Jakkvik until almost noon, having waited until the grocery store/gas station opened to get another frozen pizza. 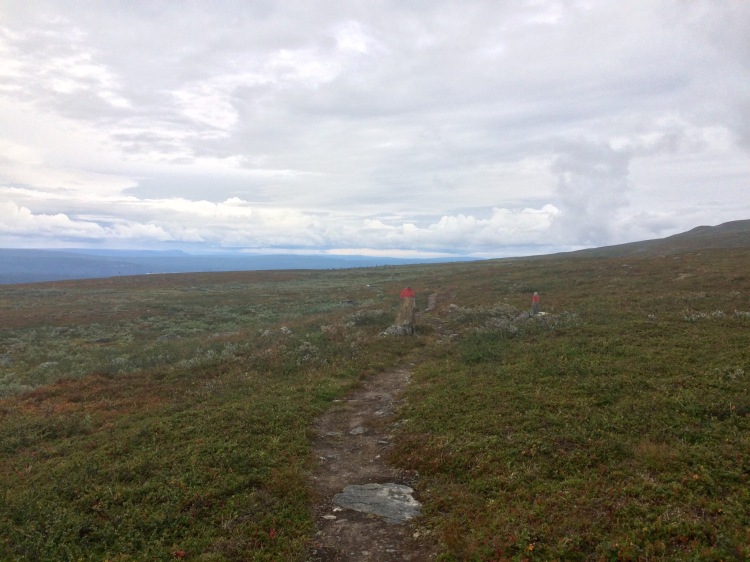 Walking across the plateau.

The trail from Jakkvik, like the whole trail, was pretty easy. I found a nice place to sit and relax by a lake, watching dark clouds roll over the horizon. It felt and looked like it was going to rain, so I bundled up all my things and quickly found a semi level campsite not too far away.

It rained fairly hard, during which Mats showed up. He’d been on the boat at Kvikkjokk, and had caught up with me by not taking any breaks. He didn’t get there before the rain and was fairly soaked when he arrived. We chatted a bit and then retreated to our tents when it started raining again. 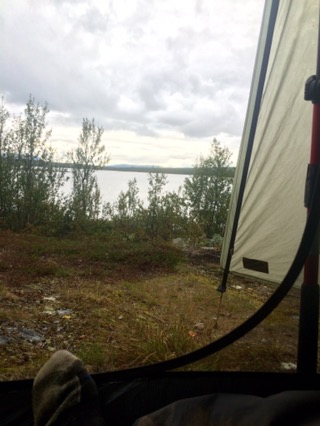 View from my tent shortly before it rained.

The next day was delightfully sunny, and I took my time walking across easy terrain to a small town. I didn’t see a single person in the whole village, almost like being in The Walking Dead. Since there was nobody around, I laid out my clothes to dry on the end of the road and tried to take a nap on the asphalt. 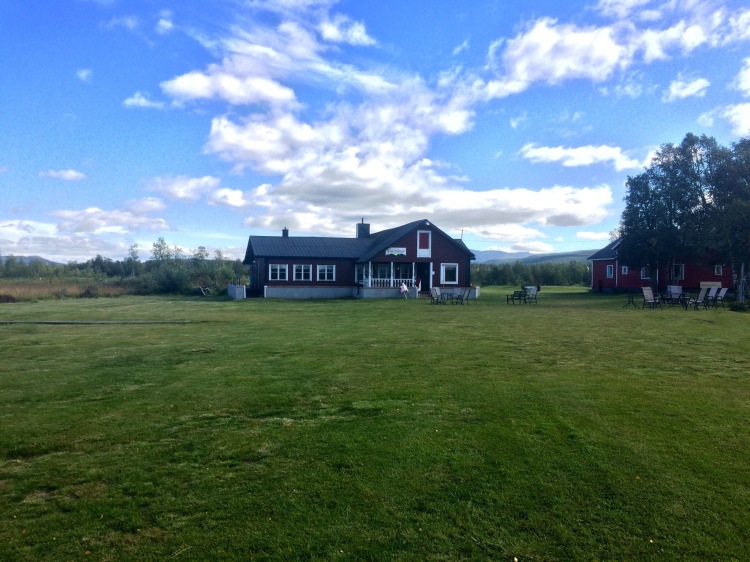 Mats found me at my next campsite, waking me up and giving me a heart attack when he called my name at 10pm. We decided to meet up the next day at a private cabin just 22km from Ammarnas, my next resupply point. 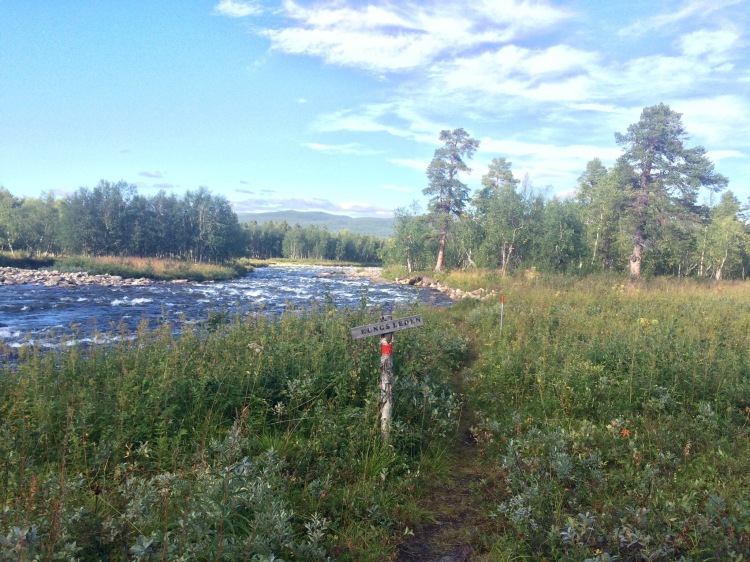 Other than a random group of six hikers very early in the day, I didn’t see a single other person for eight hours. The trail went fairly high and crossed open fells, which were a bit too cold to comfortably stop and take a break. I didn’t want to camp someplace where it would be so cold, so I kept on going and descended to the private cabin. There were plenty of campsites (and people, a shock) there, and Mats arrived just before the rain.

The last leg to Ammarnas had cloudy skies with little rain, but the wet brush was so dense that it soaked my shoes within minutes. My cold and wet feet squished across the fells, and I again didn’t want to stop to take a break because of the temperature. 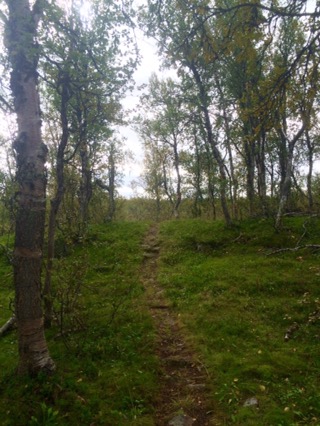 Back in the trees.

Eventually the sun kind of came out and I changed into dry socks (!!!!!!). I busted out the last little bit, arriving in the one street town of Ammarnas. 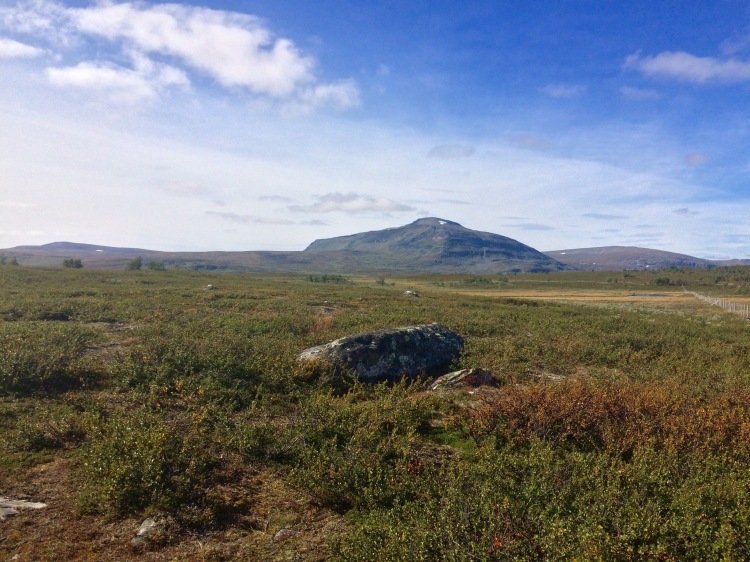 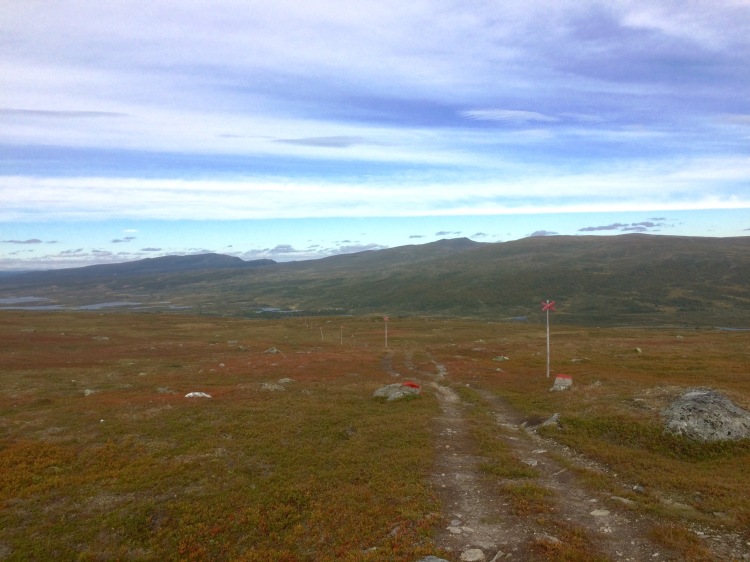 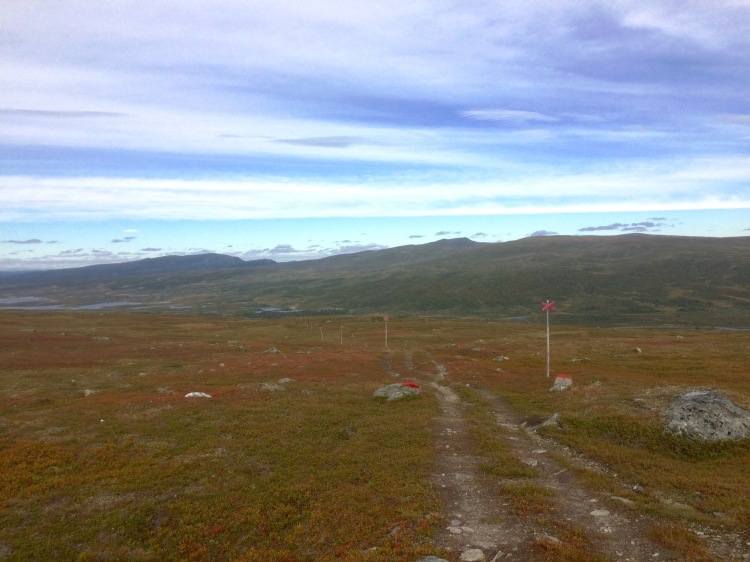 I went to one of three buildings in town, this one being the restaurant, meeting place, discotech (yes, it said that outside), and “nature exhibit.” The place was deserted except for a ranger who I asked about camping. 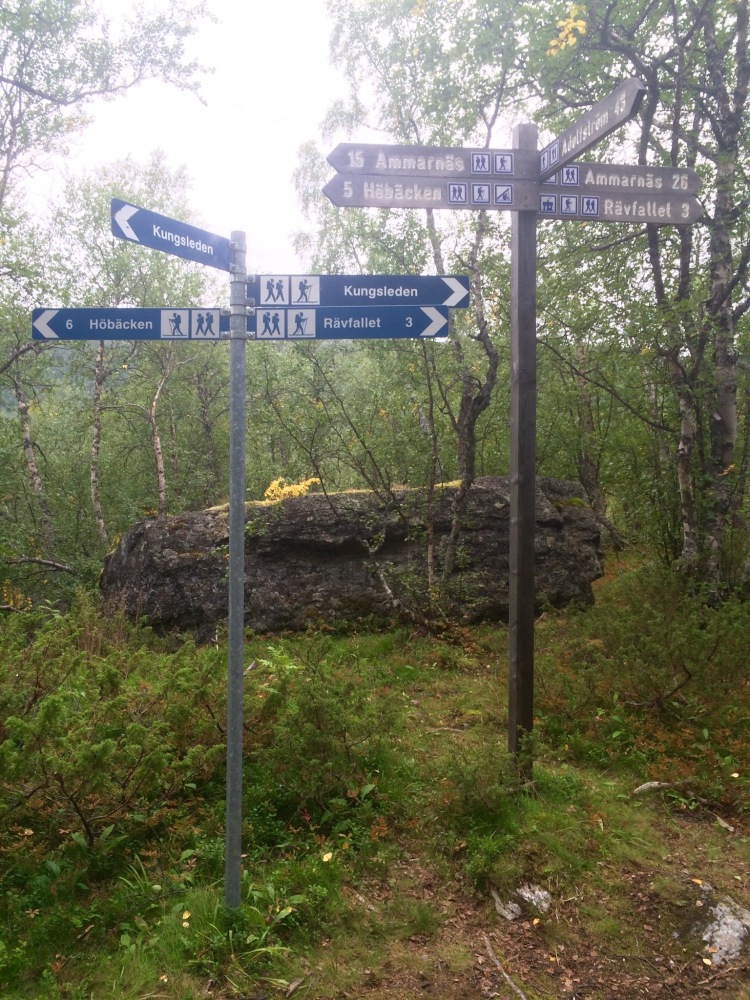 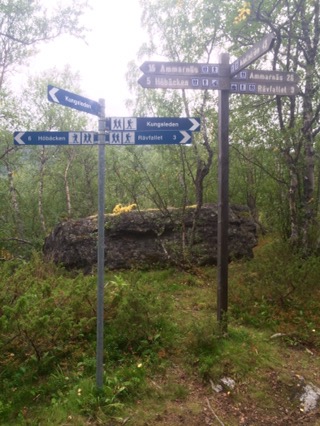 “Next year you won’t be able to do this, but you can camp by that red shed over there,” she told me. I assured her I wouldn’t stay until next year and she seemed relieved. A little odd. 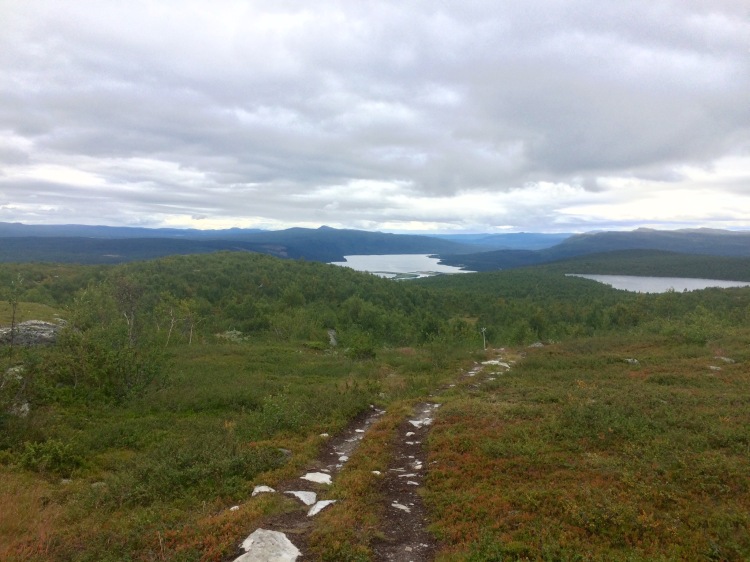 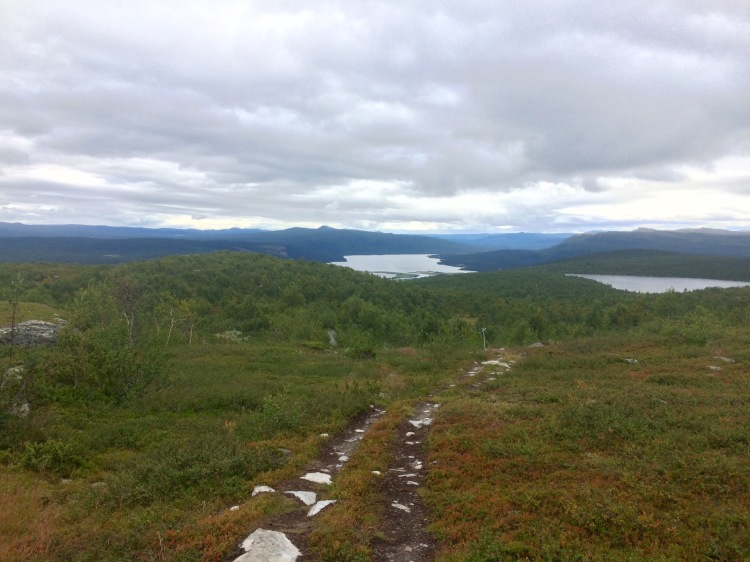 Mats talked me into taking a zero to avoid the worst of the rain, and we were joined by two more Germans who all talked about some kangaroo that orders whoppers at McDonald’s. Apparently it’s a popular audiobook in Germany.