After a week and a half with family in Spain, it was time to say goodbye to the country that’d been my home for the past year. Ten months in Madrid was a great experience, but but by the end I was definitely ready to move on. I loved almost everything about my job, especially the chaos and fun of kindergarten (day after my parents visited: “Cono, are your parents dead yet?”), but realized I’d get bored staying in Madrid for another year. I’ll have to come back one day to do the Camino de Santiago, which my PCT friends have been raving about. 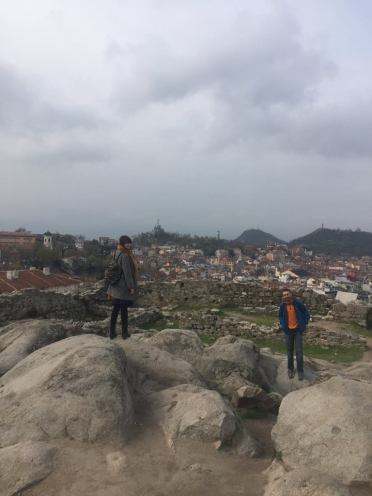 One of my friends and me in Plovdiv, Bulgaria on our Holy Week trip and my first time in the country.

One of my nebulous goals for this month before I fly from London back to the US is to visit Croatia’s Dalmatia coast. I bought a semi-last minute Ryanair flight for 53 euros ($58) to Sofia in Bulgaristan.

The new Sofia metro line goes from the airport to downtown.

I stayed in Sofia just long enough to get dinner and buy a bed ($33) on the night train to Belgrade, on which I had a compartment all to myself. The carriage attendant gave me a rusty iron chain to lock my door at night, which was a first. Thankfully I’ve never had issues on night trains.

We waited in Sofia Central Station for 90 minutes before departing, shortly after which we had a quick border crossing into Serbia. I was able to get about six hours of solid sleep, during which I somehow turned the heat in the old Soviet trans-Siberian train to full blast (it was awful, but I quickly fixed it). An hour in Belgrade let me buy a ticket onward to Novi Sad, about 90 minutes north of the capital.

I spent a day in Novi Sad and also took a day trip to Subotica on the Hungarian border. Both were pleasant and definitely worth the trip, but a day in each was plenty.

The 100 dinar note (88 cents) with Tesla, of whom the Serbs are very proud. He was ethnically Serbian, but born in what’s today Croatia. 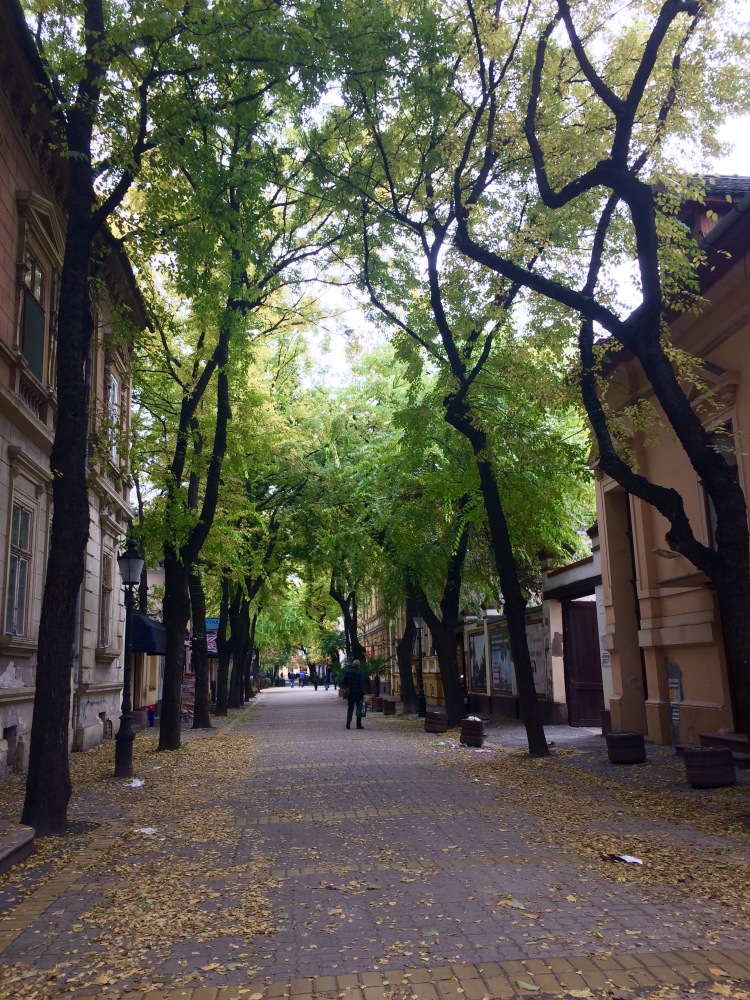 A shaded street in Subotica.

I took the train to Belgrade, which I visited last year for 14 hours between a series of buses and night trains en route from Tirana (capital of Albania) to Budapest. Staying overnight and enjoying Belgrade’s cafes, which I can now frequent because I discovered I like coffee, was totally different. Plus, I spent a disproportionate amount of time chatting in the hostel, which was probably one of the top hostels I’ve ever stayed in. 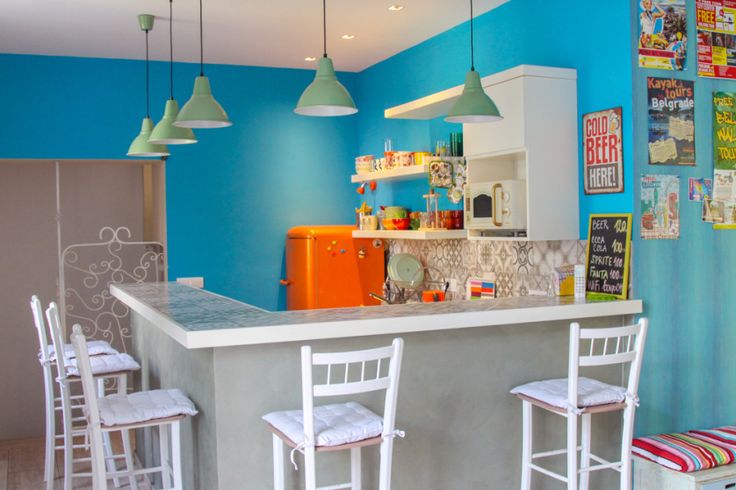 The kitchen in Belgrade’s Hostel Bongo.

A lot of Eastern European hostels have the atmosphere of a recovering alcoholic who decided to let all his transient hippie friends stay to help pay rent. The Belgrade hostel had 20 different kinds of tea, various resident cats, and a clean and cozy common room with kitchen.

One of the women just got done teaching English at a junior college in Chengdu, China. Next winter I hope to move to China to teach English and improve my Mandarin, and she was a great source of help. I’ve been focusing on the nitty gritty details of how to get a job and visa, and she confirmed a lot of what I’ve been reading online. Plus, she had great stories of getting mosquito bites on her arm and a guy on the tram in Zagreb thinking she’d be interested in knowing where to buy some drugs.

She said to be prepared to constantly get asked in China why I’m 25 and not married, and for all my female students to go by bizarre stripper names in English. “I had a lot of students named things like Sapphire, Candy, and Cinnamon.”

One of my registration slips from Serbia, which foreigners are supposed to get for each night. This seems like it used to be common in the former communist countries, but has been on the decline. I was never asked to show them upon leaving the country. The Serbians never even stamped my passport when I left.

After a day and a half in Belgrade (there’re only so many times you can go visit Tito’s tomb) I hopped on the 7 hour train to Croatia. We stopped for over an hour on the outskirts of Belgrade for some reason, but still managed to arrive in Zagreb more or less on time. The train was comfortable, except for the toilets practically overflowing with urine and the doors to the carriage being locked from the outside (which made coming back from the bathroom a bit interesting). 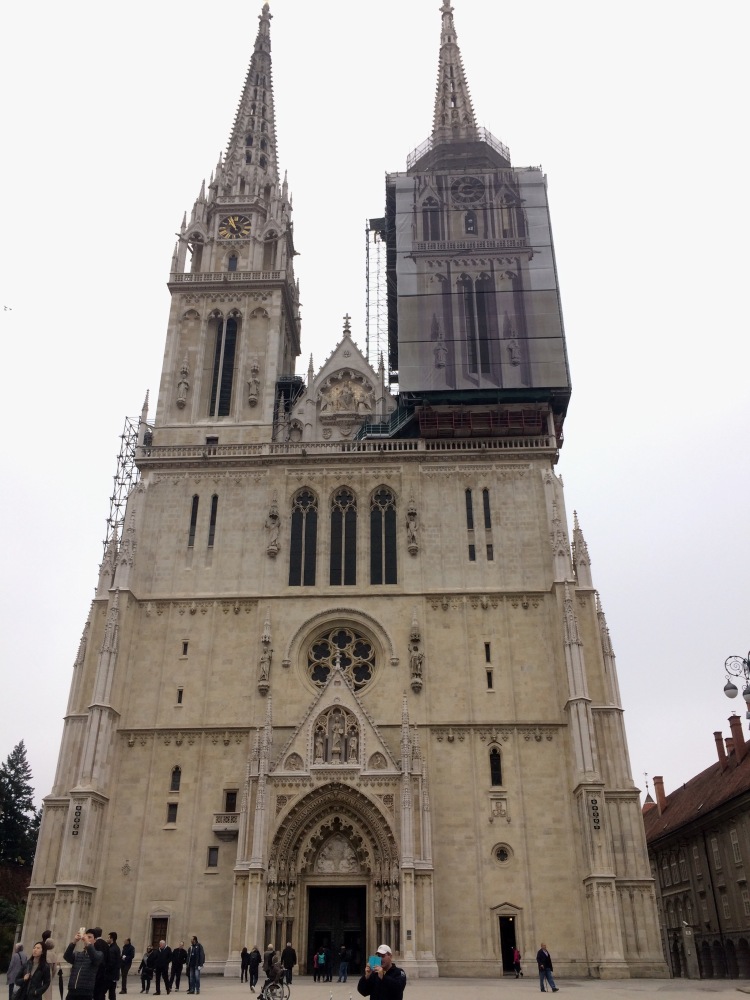 The cathedral in Zagreb.

Zagreb gets a bed rap, but it’s one of my favorite cities in the Balkans. It survived WWII and the Yugoslav wars relatively unscathed, so it’s home to some great uniform 19th century architecture. And it has great cafes, which I’ve been enjoying as I take a break for a couple of days. 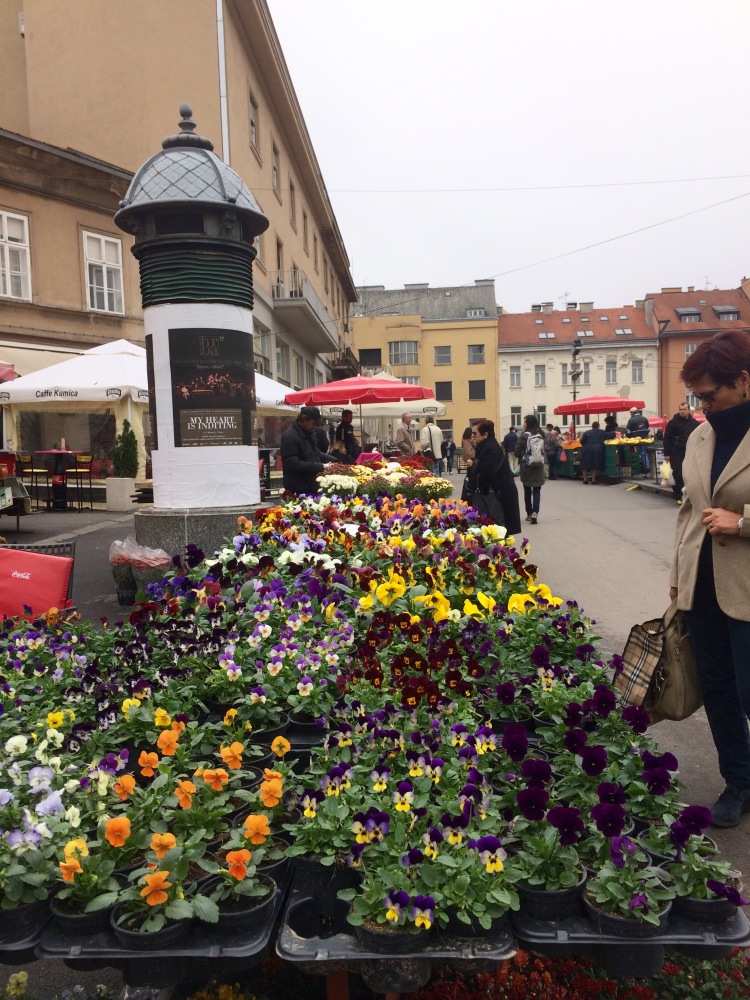 Flowers on sale in the central market in Zagreb.