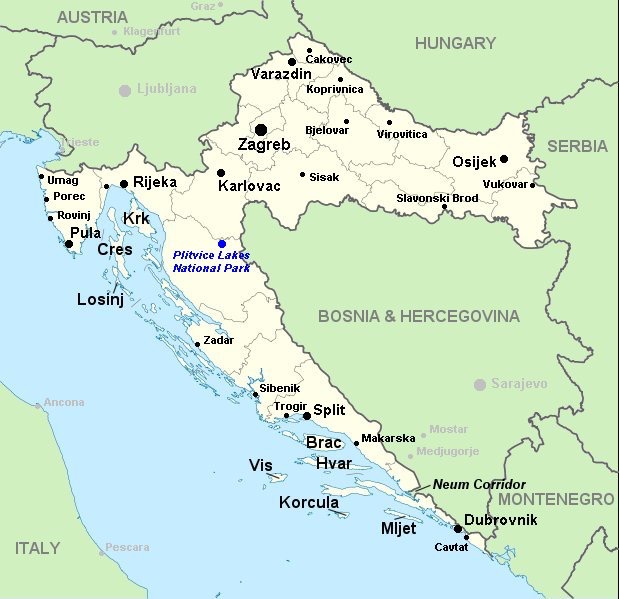 Even having visited 37 countries and hiked through some of North America’s greatest scenery, I was blown away by Dalmatia. Granted, I visited in autumn, arguably the best time of year in Croatia. The oppressive crowds and heat of summer are long gone, it’s sunny pretty much all the time, and it’s still warm enough to go around in a t-shirt. 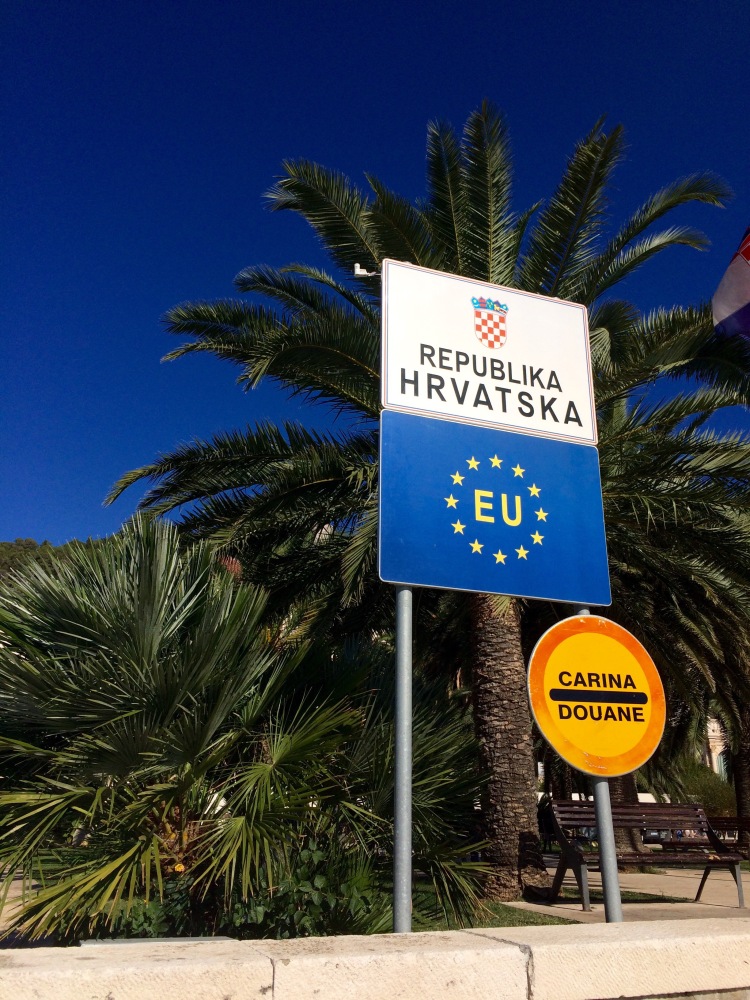 Croatia (in Croatian) and EU entry signs at the Hvar Town harbor. After the issues and regret of Romania and Bulgaria’s accession, the EU was extra thorough with their 28th member.

Since joining the EU in 2013, Croatia has grown immensely in the European tourism department. It’s not hard to see why, as Croatia seems to have it all. It’s remarkably more developed than its former Yugoslav neighbors, and boasts a plethora of Roman ruins and walled cities overlooking the turquoise, perpetually sunny Adriatic. More than anything, I kept on getting the feeling that I was in a vastly more affordable (and Slavic) Italy.

After a few days soaking in the metropolitan vibe of the capital and its cafes, I hopped on a bus to the Dalmatian coast. On the advice of others, I broke up my journey to Zadar in order to go hiking in the mountains of Plitvicka Jezera National Park. 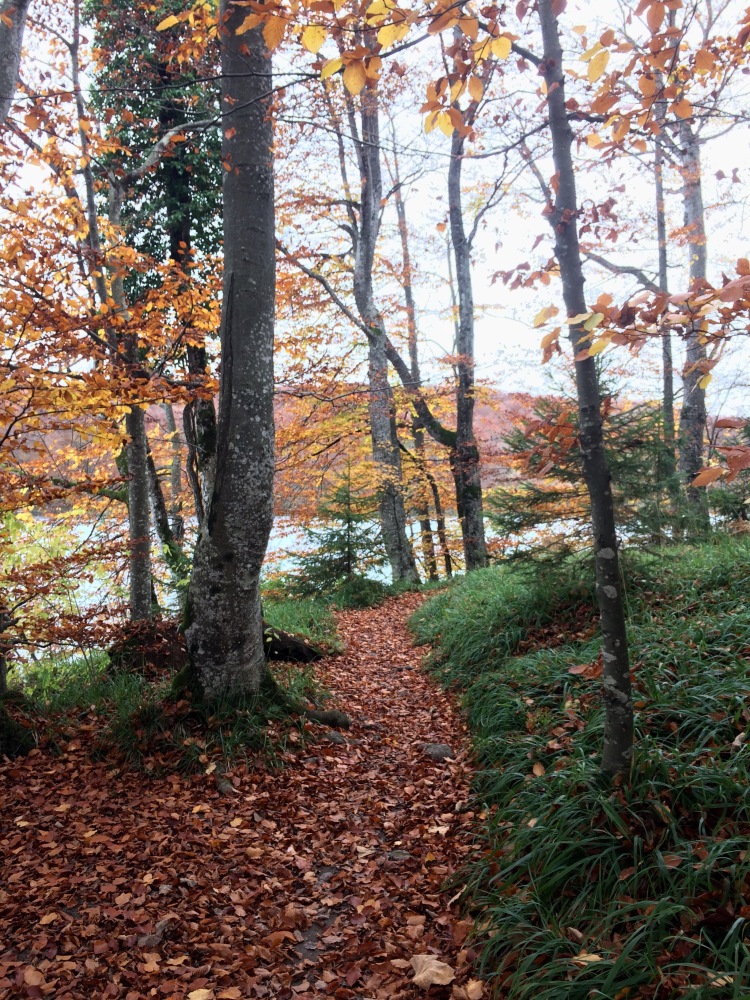 A peaceful walk along one of the lakes.

In summer it’s supposedly impossible to move inside the park because of the crowds, but on a Tuesday in late October I practically had the whole place to myself.

It’s nice not having to deal with cars in the streets. 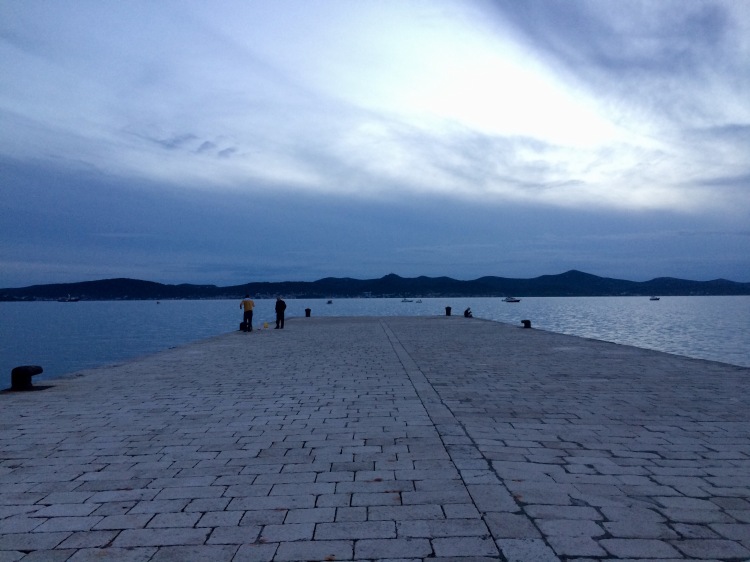 My first true Dalmatia stop, with a tiny old town worth the stopover. Not as visited as Split and Dubrovnik.

An evening walk along the sea. 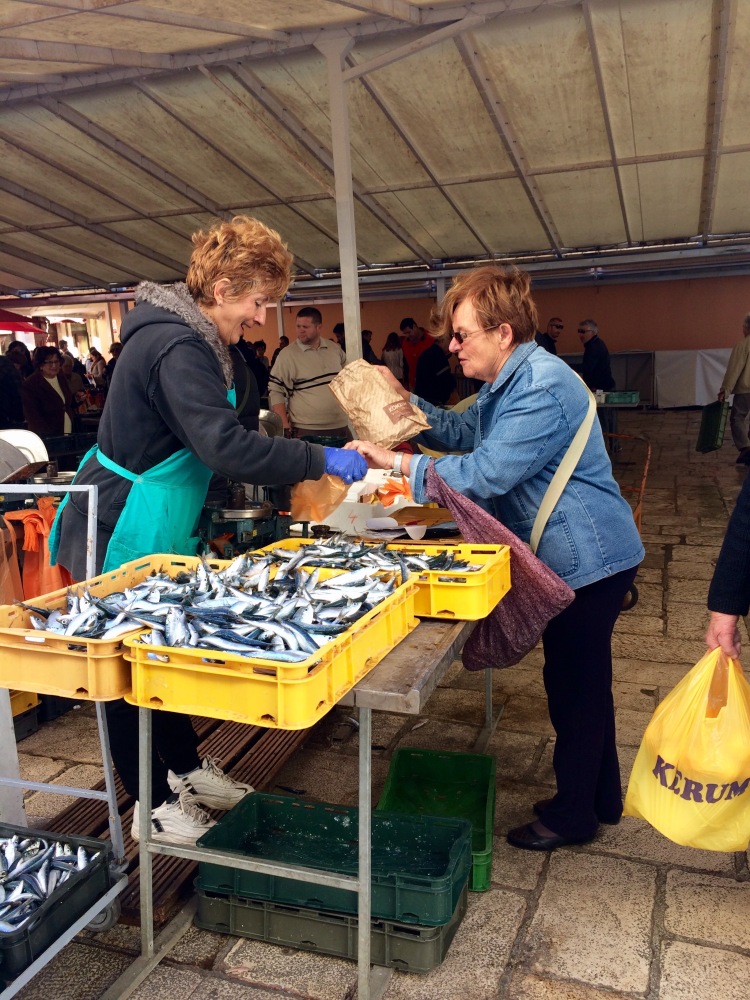 View from the walkway in Split.

The old town and Diocletian Palace empty abruptly into the harbor, with countless reasonably priced cafes on the seafront to watch the ships.

An hour’s ferry ride from Split, Hvar Town is a big party place in summer. In October it’s practically dead, and $20 a night gets you a studio apartment in the heart of the old town.

View from a former sniper tower, in a bank that was abandoned due to the war.

Going to Dubrovnik via land necessitates crossing through Bosnia for 20 minutes, so I figured I might as well see some more of it. A few hours by bus from Split and a world away, Mostar is one of the two most popular day trips from the Adriatic’s most popular destination. The busloads of tourists are only there for a few hours in the center, near the picturesque gorge-spanning bridge. Destroyed by Croatia in 1993 during the Yugoslav wars after having stood for 427 years, it was rebuilt in 2004. There are bullet holes, bombed out buildings, and cemeteries everywhere.

The hostel gave my key deposit back in kuna because I was going back to Croatia from Bosnia, makes my life so much easier!

View on a break walking the city walls. 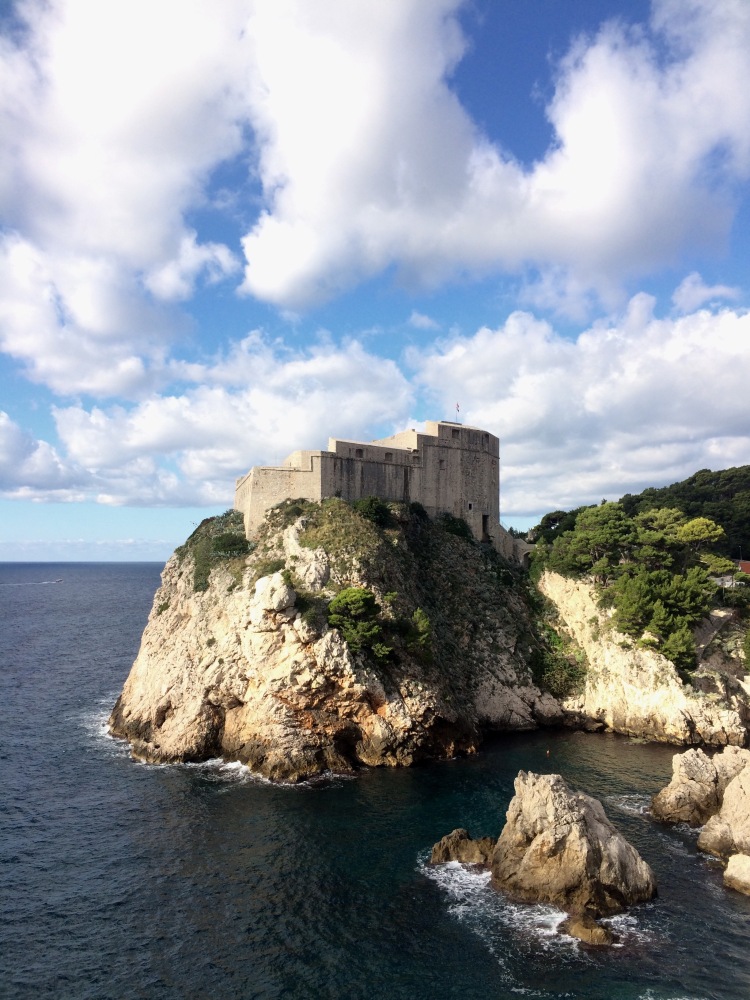 Fortress near the old town.

King’s Landing really is as beautiful as I’d heard, but a full day in the tiny old town was plenty. I practically had the place to myself, and was able to get a private room for $22 a night inside the city walls. Dubrovnik was heavily damaged by shelling during the Yugoslav Wars, but has been rebuilt.

I practically had the walls to myself.

Another view of the old town.

Perast, in the Bay of Kotor.

Another popular day trip from Dubrovnik, and on a clear day it’s easy to see why.