For being a large airport, Buenos Aires really has terrible public transit from the terminal to downtown. After some research, I was able to figure out that there’s a bus for about $12 downtown.

On the bus ride from Valparaiso to the Santiago airport in Chile I happened to sit next to a couple of Swedish journalists who had just spent three weeks studying Spanish in Buenos Aires. One of them gave me his SUBE card, which is basically a reloadable public transit pass that can be used in many of Argentina’s large cities. Since I’ll be here until at least April, I’ll be putting it to good use. 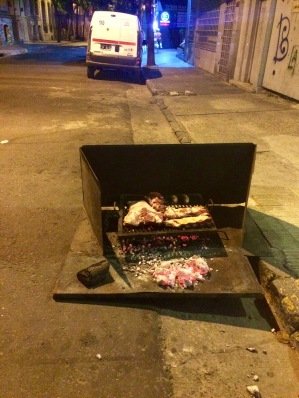 Some guys were grilling steaks in an alley. Steak in Argentina is comparatively very cheap.

I’d heard that Buenos Aires was like a grittier version of Paris, but it reminded me more of a run down large city in a developing country than Paris. I can see the comparisons, though, with the cafe culture. Thinking the hours were going to be similar to that of Spain, I was surprised to find many of the cafes closed around 7pm. Compared to Madrid, where they rarely closed before midnight, it was a bit unexpected. 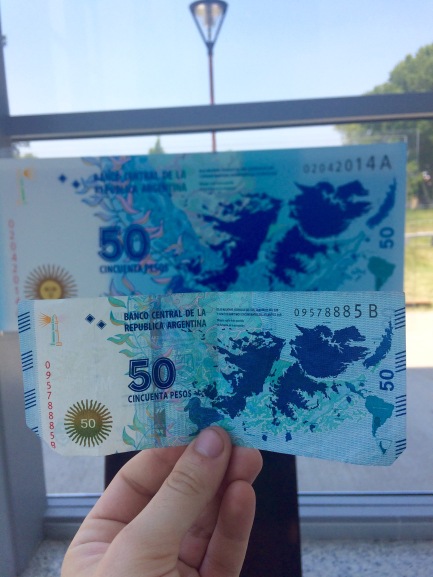 In 1976 the military took power of Argentina, which the US knew about two months prior. After President Isabel Peron’s ineffective government was toppled, the Argentinian military aggressively quashed all dissent. Former American Secretary of State, Henry Kissinger, assured the Argentinians they would face no opposition from the US, and as a result 30,000 people “disappeared.” Many of those were taken in planes and dropped in the Atlantic. Thousands of others were tortured in the northwest of Buenos Aires, which has been turned into a memorial to those persecuted under the seven years of military rule.

Compared to Santiago’s memorial, which was a very moving museum, Argentina’s memorial is a large, open area of former military buildings. It’s a little bit eerie walking around knowing what happened there, and there are many signs everywhere reminding people of those who went to the camp.

Also on the same plot of land is the Falkland Islands Museum (called the Islas Malvinas in Argentina). I can understand why the Argentinians would be upset that the UK controls a set of islands off their coast, but the propaganda in that museum bordered on the outright bizarre.

The designers seemed unable to take sides on whether the Falkland Islands War, which Argentina’s humiliating defeat toppled the junta, was to distract Argentinians from the government’s tumbling popularity or to finally liberate the poor, helpless souls in the Falklands. Instead, they adopted a weird mixture of both, at one point insinuating that Margaret Thatcher was a military dictator herself and the instigator of the conflict.

My personal favorite part was the exhibit about the oil near the Falklands, which they said was increasing carbon dioxide emissions and exacerbating climate change. Immediately after this anti-fossil fuel stance, they demanded that Argentina have access to drill for and extract the oil. 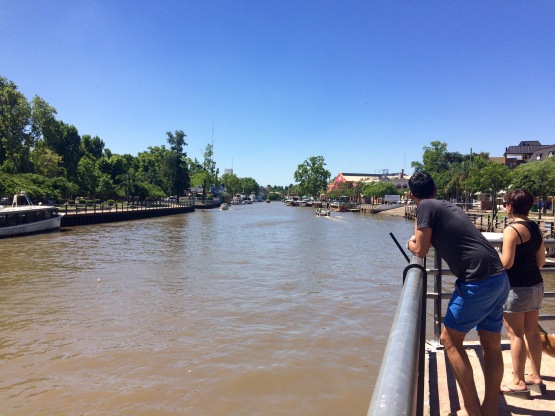 View of the river at Tigre, a day trip I did from BA.

I did the obligatory trip to Evita Peron’s tomb in the ornate Recoleta Cemetery. Hers was less ornate than I expected it to be, though it did have many plaques making sure you knew who was there. It was also the only one I saw adorned with flowers and hosting a crowd gathered around it. That made it much easier to find. 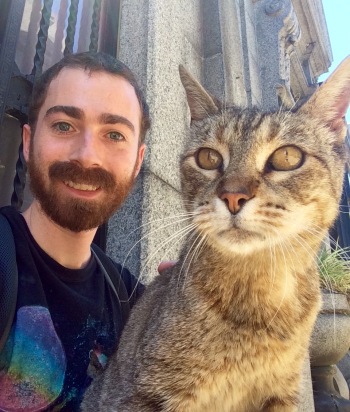 Me and my new friend at the cemetery. 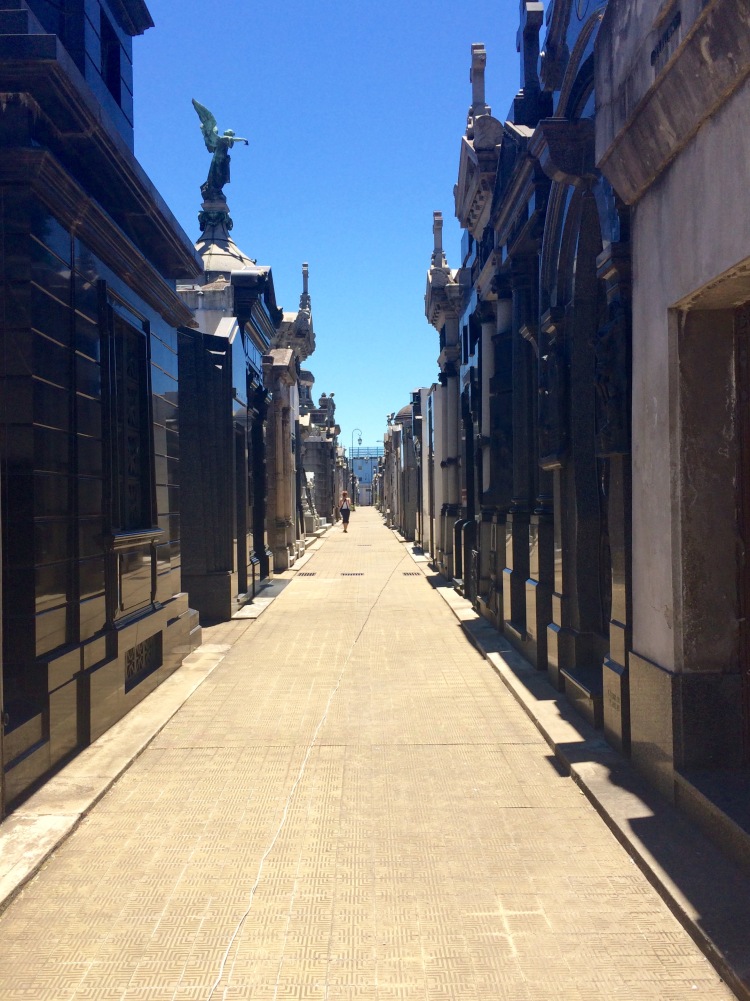 An alley of the cemetery, which was like a city. 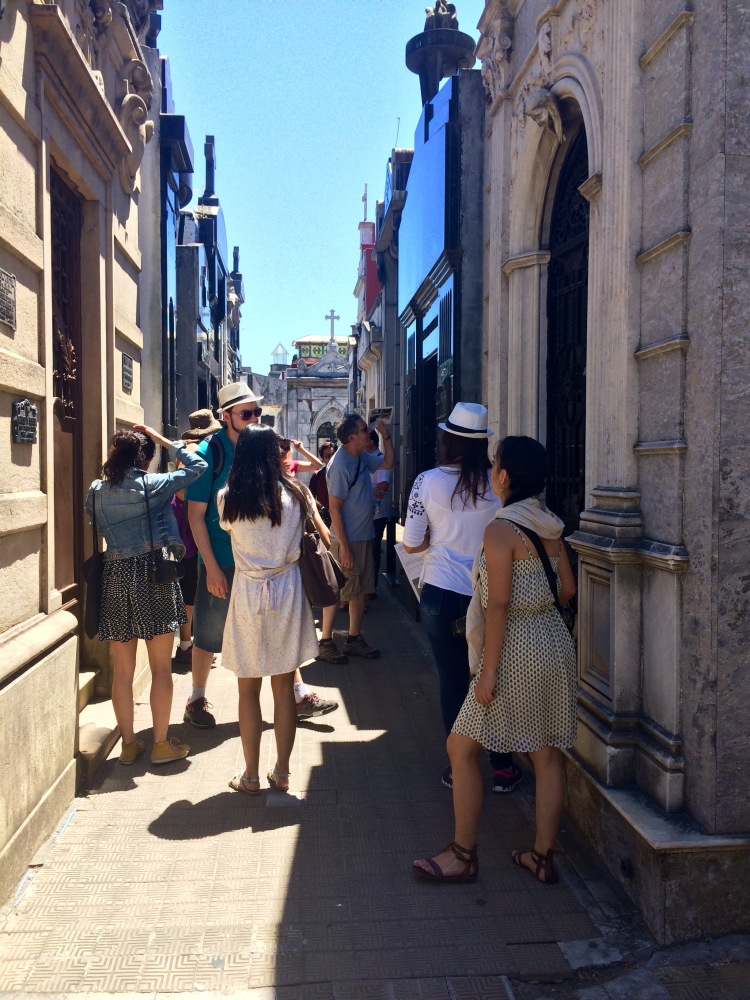 The crowd in front of Evita’s tomb. 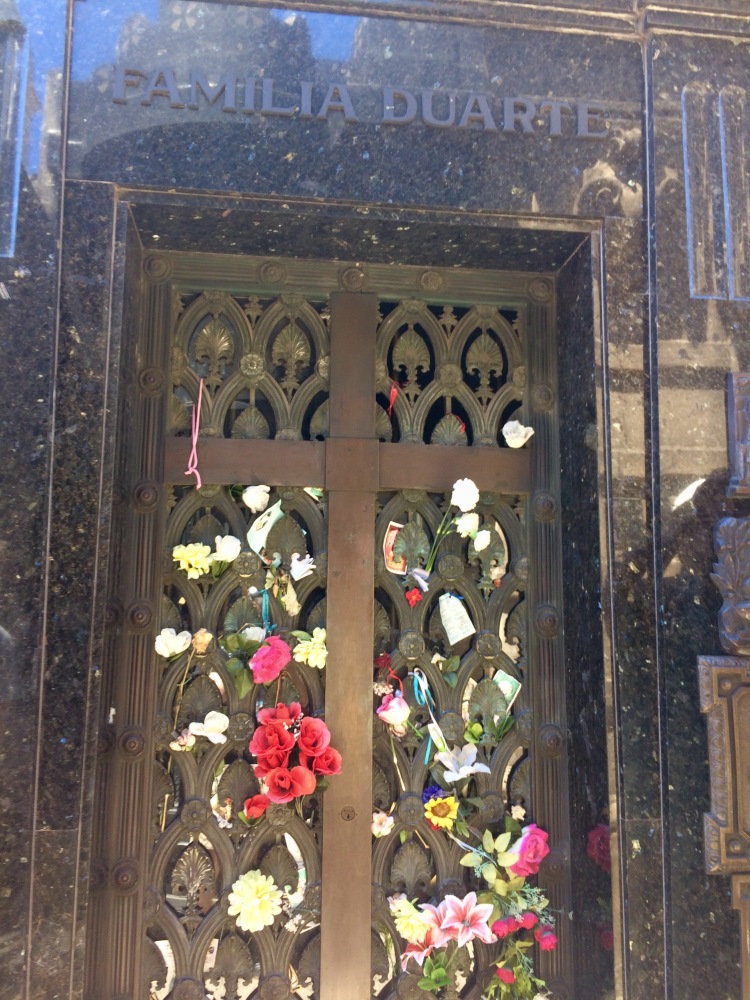 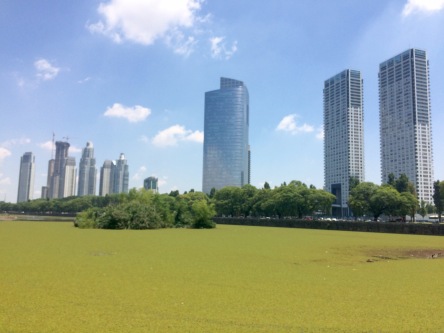 Buenos Aires skyline as viewed from the Puerto Madero.

After eight nights in Buenos Aires, I was ready to get out. It was very different from the European city I’d heard it to be, but maybe that’s because I just spent 14 months in Europe. It did grow on me, though I’m glad I’m leaving before the heat and humidity of full summer arrive.